Say hi to Missy (there’s no Louisa) at this bakery in Montgomery’s Old Cloverdale neighborhood.

I’ve never seen a baker use a bread thermometer as much as Missy Mercer, owner of Louisa’s Bakery in Montgomery, Alabama. And I mean that in a good way. She’s pleasantly obsessed with gauging every batch of bread she bakes. “That’s really the only way to get a consistent product,” she says, plunging the pointy end of her trusty thermometer into the center of a loaf to decide if it’s done. “Going by how brown the crust gets or by thumping the bottom just isn’t good enough. I make sure the artisan loaves reach 160° in the center. The larger bread we slice for sandwiches—some weigh two pounds—are done when they reach 180° at the center.”

Judging by the beautiful olive bread, walnut wheat, Italian baguette with rosemary, braided challah (for which she infuses sugar with a touch of vanilla to produce a unique sweetness), focaccia rounds, and sourdough I saw, smelled, and in some cases tasted during my visit, Missy makes a good point. There wasn’t a single reject in the mix, her usual Friday lineup. (Mondays feature cranberry bread, and on Wednesdays she bakes spinach feta pagnotta, country-style bread rooted in her Italian heritage.) 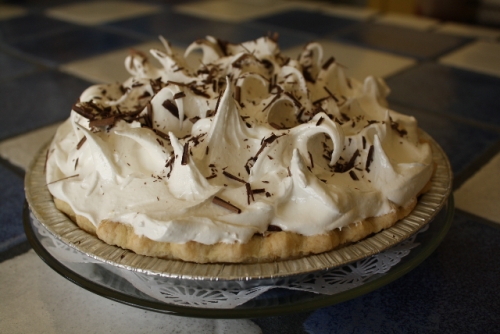 Since visiting Louisa’s, located in the city’s historic Old Cloverdale neighborhood, and watching Missy work, I find myself using an oven thermometer more than ever. I bake bread twice a week at home, and I’ve been more satisfied with how my loaves turn out now that I’ve caught the temperature-taking bug. You can teach an old baker new tricks—and I’ll take good ideas wherever I can find them!

No, she’s not, but Missy gets that question a lot. People naturally expect the person working in plain view behind the counters and directing helpers must be the owner and namesake. An explanation: A woman named Louisa once ran an antiques store in what later became Cafe Louisa under a different owner. Missy bought both Café Louisa and the space next door, where she now has Tomatinos Pizza & Bake Shop. “Cafe Louisa was well established with a good reputation, so I saw no need to change the name,” she says. “When I added the bakery behind the two restaurants, I extended the name Louisa to it too.”

ENOUGH FOR US TOO

“Originally the bakery was just meant to supply baked goods to our two restaurants,” says Missy, whose husband, Browne Mercer, is her partner in all three operations.  “We’d make a little extra of everything, so our customers could take some home. That part of the operation grew and grew. Now the bakery has surpassed the coffee house in the amount of business it does. The pizza parlor is still our biggest operation. It’s been open since 1995 and has a great following.”

Café Louisa makes all kinds of sandwiches on whole wheat and rye bread fresh from the bakery. There’s a Grilled Portobello Reuben (roasted mushrooms, sauerkraut, Dijon mustard, Swiss cheese, and something called “goddess dressing” worth asking about). Grilled Panini sandwiches (such as a stacked-high smoked turkey version and a simple-yet-elegant Capri made with tomatoes, basil pesto, and a slab of mozzarella) and bagels (including my choice, cinnamon raisin with cream cheese and fruit preserves) also take full advantage of the onsite bakery.

THE COOK & THE CONTRACTOR 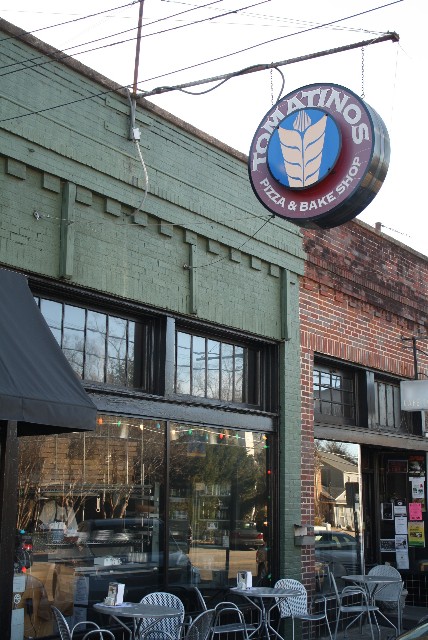 Missy, from Montgomery, and Browne, from Mobile, both claim accomplished cooks and bakers for grandmothers, key sources of their inspiration.

Missy’s career path clearly pointed to a foodie life. After earning a finance degree at Auburn University, she studied at the California Culinary Academy (now part of the international Le Cordon Bleu culinary education network) in San Francisco and worked for seven years as a cook in the Bay Area. “I cooked for Wolfgang Puck and at the famous vegetarian restaurant Greens in the Fort Mason area,” she says. “My bread mentor was the baking author Peter Reinhart, who is an instructor now with Johnson & Wales University in Charlotte, North Carolina.” She also cooked in Telluride, Colorado, at the independent Rustico Ristorante and for dining rooms at The Peaks Resort.

Her husband, Browne, took a much different route to the culinary world. After studying at The University of Alabama, he was a construction worker and building contractor when they met through mutual friends and married. As he helped remodel locations for her various ventures, his skills transferred surprisingly well to restaurant and bakery duties. Years of spreading drywall putty on sheetrock, for example, proved to be great training for frosting cakes. He also oversees maintenance, repairs, purchasing, and pizza production.

Browne (left) and Missy sign copies of their dueling tailgate-party cookbooks celebrating his University of Alabama and her Auburn University.

The couple gets along fabulously in every aspect of their work and home lives, with one glaring exception. “We can’t watch the Auburn-Alabama game together,” Missy says. “We’ve tried. It just gets too stressful. We each love our team too much.”

Got a bakery-related story idea for the Bakery Boy Blog? Email a note to Bakery.Boy@att.net.