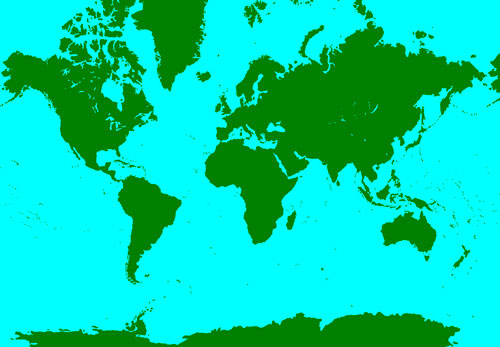 The Bakery Boy Blog has gone international. Besides reaching a growing audience of bakery fans all across America, the website now has followers signed up for free e-alerts in…

We share in common a love of baking and bakeries. These three—like Bakery Boy followers from Maine to California and from Oregon to Florida—receive e-mail notices whenever new articles about bakeries, cookbooks, recipes, events and more are posted to the site.

In honor of bakery fans abroad, here is a peek at some of the bakeshops these three enjoy in their communities. 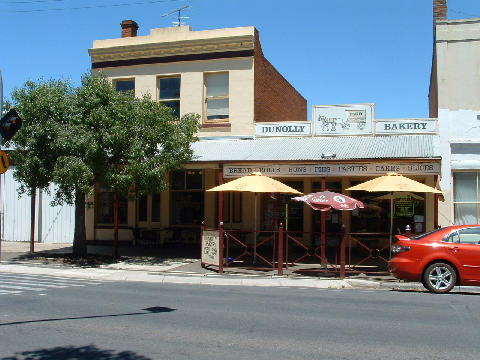 Rod Stuart owns and operates Dunolly Bakery in the small town of Dunolly in Victoria, about a two-hour drive northwest of Melbourne. Known as the Historic Central Goldfields region because of a gold-mining boom in the 1850s, the rural area now attracts bicycle riders who—like Rod does when he’s not busy baking—ride a network of scenic bike routes called the Dunolly Cycle Tracks. 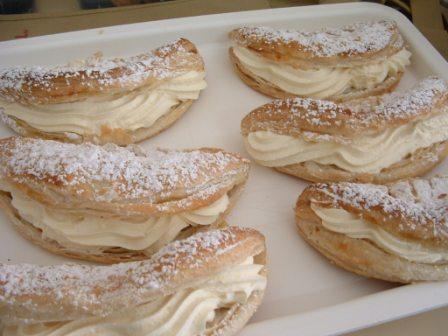 “I stumbled upon your blog via Google alerts for bakeries,” Rod tells me. He had heard of the Australian Bakery Café in Marietta, Georgia (near Atlanta), which I blogged about last summer, and knew that the two owners originally came from a small town not far from his. He saw my story about them and signed on. “I’m so glad to be your first Aussie subscriber,” he adds. “I love being involved in the baking industry and checking out other baking ideas from around the world.” 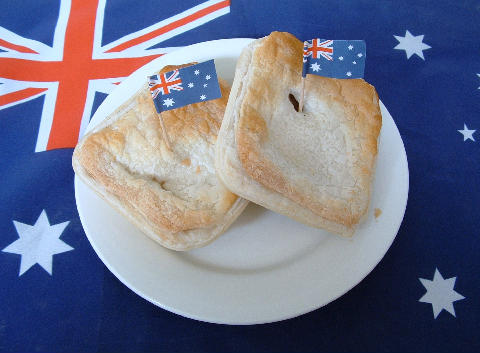 His compact bakery facing the Dunolly’s main street makes breads, cakes, pastries, and of course Aussie Meat Pies—hearty staples filled with beef, chicken, lamb, and gravy that practically rank as a national dish Down Under. The closest I’ve come to tasting such meat pies are those I sampled at the Australian Bakery Cafe in Georgia, but someday I hope to visit Rod’s country for a first-hand experience. Out of loyalty to my first international subscriber (and no doubt hungry from the long flight) I’ll head straight for Dunolly and the Goldfields. 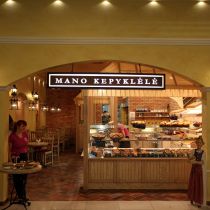 One of several Crustum bakery locations in Lithuania

Julita, who bakes at home for fun and also found the Bakery Boy Blog while web surfing on Google, lives in Kaunas, Lithuania, the northern European country’s second largest city after the capital, Vilnius. “Bakeries here mostly specialize in Bundt cakes, croissants with a variety of fillings, and some breads and cakes,” she says. “One of my favorite bakeries in Lithuania is Crustum Mano Kepyklėlė, which translates to ‘Crustum My Bakery’ in English.” 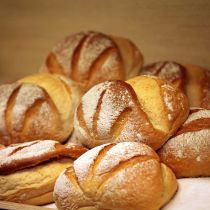 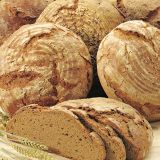 She also sometimes buys baked goods from SOTAS, a chain of café-bakeries, and Mantinga, a large-scale bakery that supplies frozen and fresh items to markets and grocery stores. 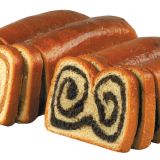 Lithuanian bakeries, Julita laments, rarely bake some of her favorite treats, such as brownies, cupcakes, or macaroons. So she bakes at home, trying new recipes she finds on the Internet.

“Maybe you could send me some of your favorite baking recipes?” she asks, addressing both me as Bakery Boy and anyone else reading this. [NOTE: If you have a great macaroons recipe please send it along and I’ll forward it to Julita.]

Crustum Mano Kepyklėlė (“Crustum My Bakery”): If I understand this right—I speak no Lithuanian, so the website is a bit of a mystery, though it is photogenic enough—there are apparently five locations of this bakery in Vilnius and Kaunas; www.crustum.lt; phone in Kaunas 370 685 87702; email acropoliskaunas@crustum.lt 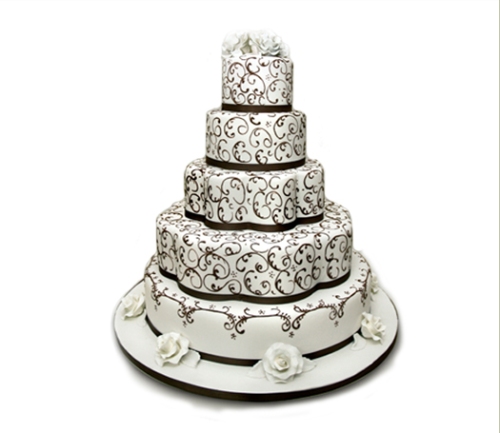 That’s a quick glimpse of three far-flung places that have added a global profile to the Bakery Boy Blog. Feel free to join us and share your favorite bakery stories. You’ll find a Free E-Alerts sign-up field near the top right corner of each page on this site.

Let me say “thanks” here to everyone who reads this blog, wherever you are. I’m glad to have you along for the ride and I hope to hear from you. Meanwhile let’s all go out and find some great baked goods. Be sure to tell me about your discoveries! (Email bakery.boy@att.net.)